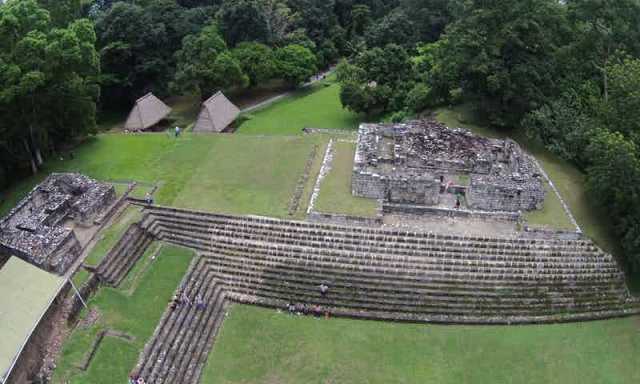 Quirigua can be found in southeastern Guatemala along the Motagua River and on several important trade routes of the time. Inhabited since about 200 AD, most of Quirigua’s monuments were constructed in the eighth and ninth centuries. The centerpiece of Quirigua Archaeological Park is the Great Plaza, the largest known Mayan public space. Quirigua is well known for its sandstone monuments that were carved without metal tools. These stelae are important because of the information carved into them: hieroglyphic texts with information such as important dates, events such as eclipses and historical data as well as Mayan politics.