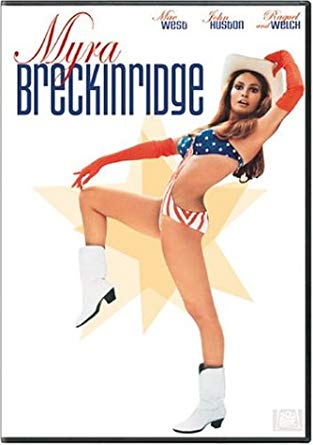 Ah, I’ve got some camp to end this month of Mae West flicks, Myra Breckinridge.

Myron Breckinridge (Rex Reed) flies to Europe to get a sex-change operation and is transformed into the beautiful Myra (Raquel Welch). She travels to Hollywood, meets up with her rich Uncle Buck (John Huston) and, claiming to be Myron’s widow, demands money. Instead, Buck gives Myra a job in his acting school. There, Myra meets aspiring actor Rusty (Roger Herren) and his girlfriend, Mary Ann (Farrah Fawcett). With Myra as catalyst, the trio begins to outrageously expand their sexual horizons.

Check out the trailer below and enjoy.