Posted on September 17, 2019 by mimivontease 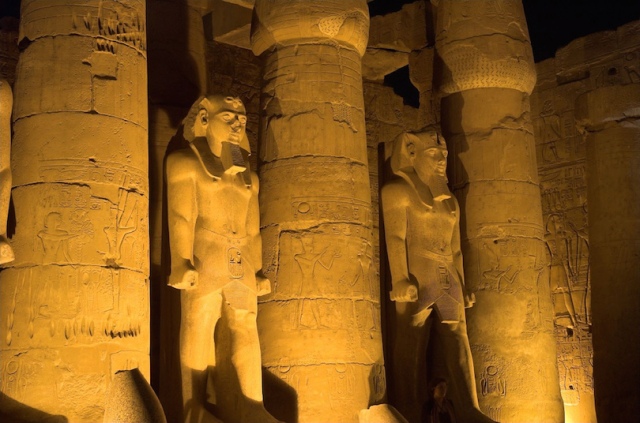 Ah, here’s yet another impressive Egyptian human feat, or was it the aliens, Luxor Temple. Not sure how I feel about the light show. Anyway, Luxor Temple is located on the east bank of the River Nile in the ancient city of Thebes and was founded in 1400 BC during the New Kingdom. The temple was dedicated to the three Egyptian gods Amun, Mut, and Chons. The temple was the center of the festival of Opet, Thebes’ most important festival. During the annual festival, the statues of the three Gods were escorted from the temple of Amun in Karnak to the temple of Luxor along the avenue of sphinxes that connect the 2 temples. Today Luxor is the premier travel destination in Upper Egypt and many Nile cruises start or end in the city.